On 18th September, the team of Euronews TV visited IRESEN’s Green Energy Park to produce vidoes of the containerized fouling test rig, consisting of four small cooling towers. The cooling towers will enable multiple accelerated investigations to determine the effect of fouling for different water compositions and various tube materials. Kelvion Thermal Solutions carried out the concept design in cooperation with ENEXIO Germany and managed the manufacturing; shipment to Morocco and the subsequent commissioning. The test rig was manufactured by TF Design of Stellenbosch, South Africa. In Morocco at Green Energy Park, IRESEN is running the fouling test program. Broadcasting of the recently produced video footage was on 9th October 2017 on the Euronews channel.

Mirror cleaning and cooling systems at CSP plants need water. According to the MinWaterCSP researchers (IRESEN), technological improvements could eventually save up to 25% of the water currently used for cleaning the mirrors, and up to 95% of what’s lost to evaporation in the cooling systems.

The article and video is about the approaches that part of the work in the 3 years MinWaterCSP project.

Author of the euronews article is Denis Loctier; (c) video owned by euronews 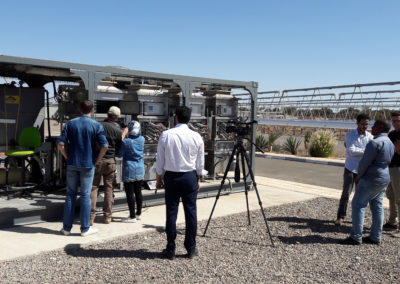 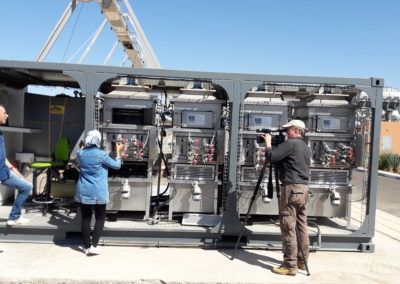